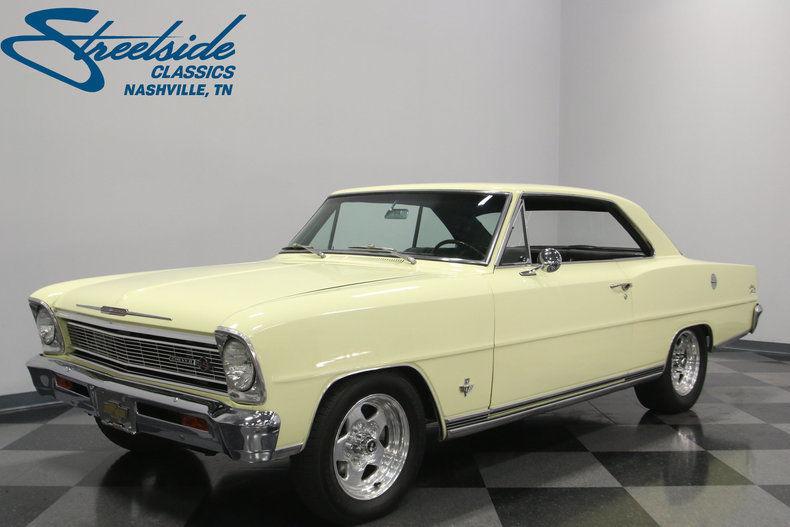 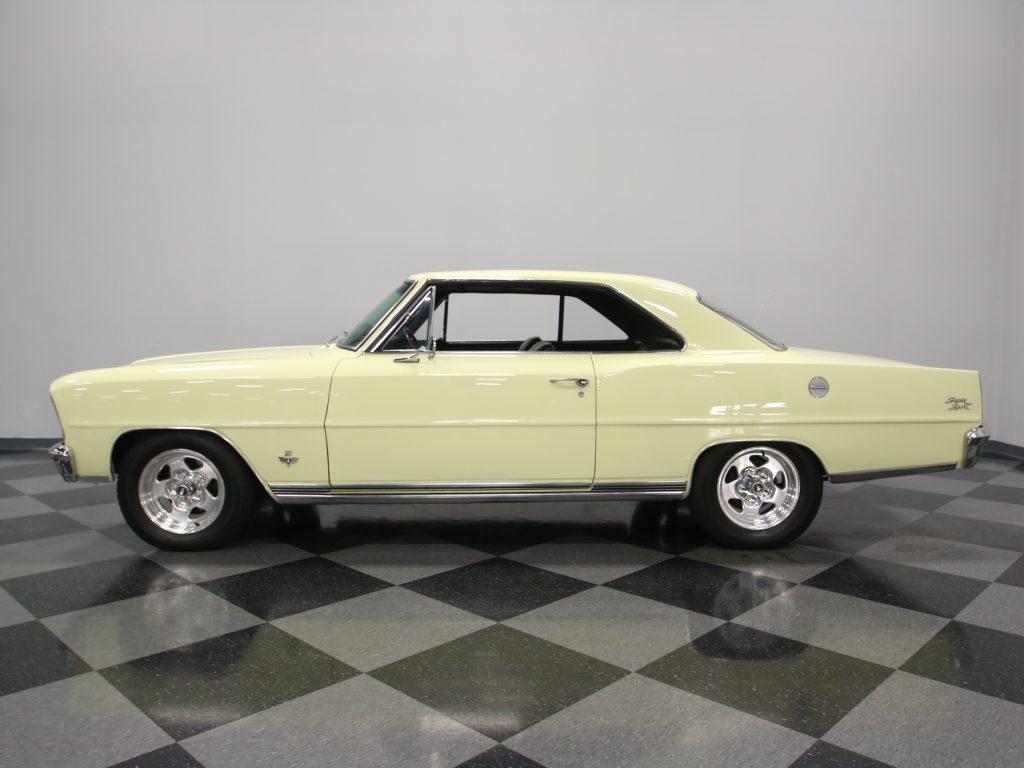 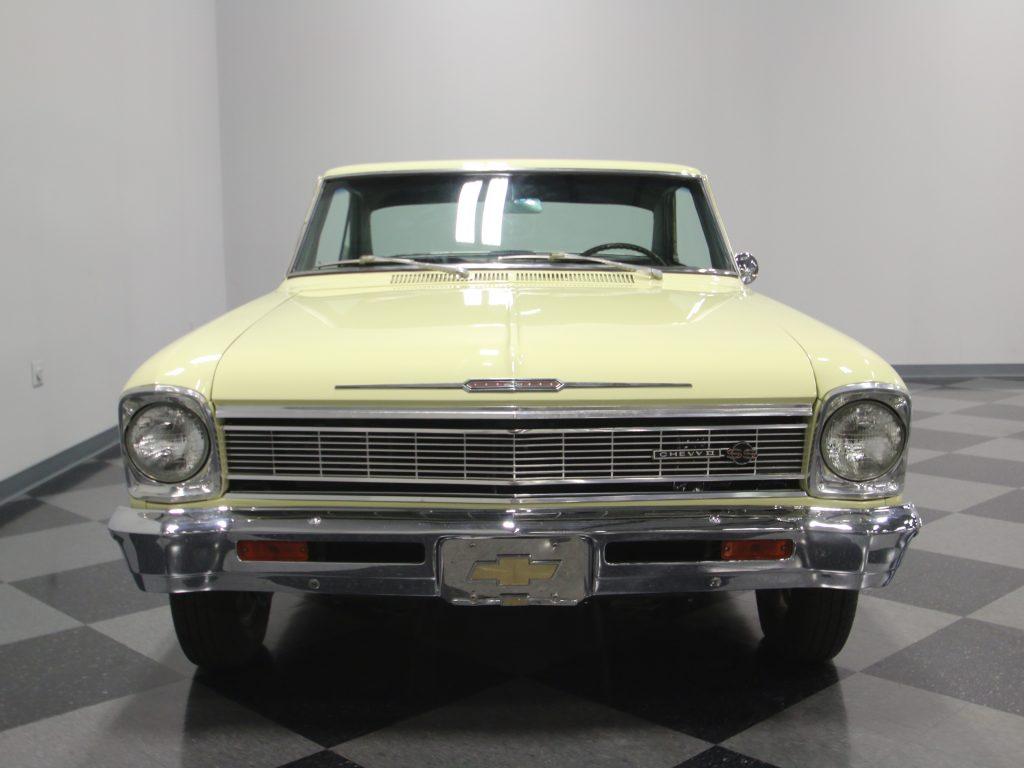 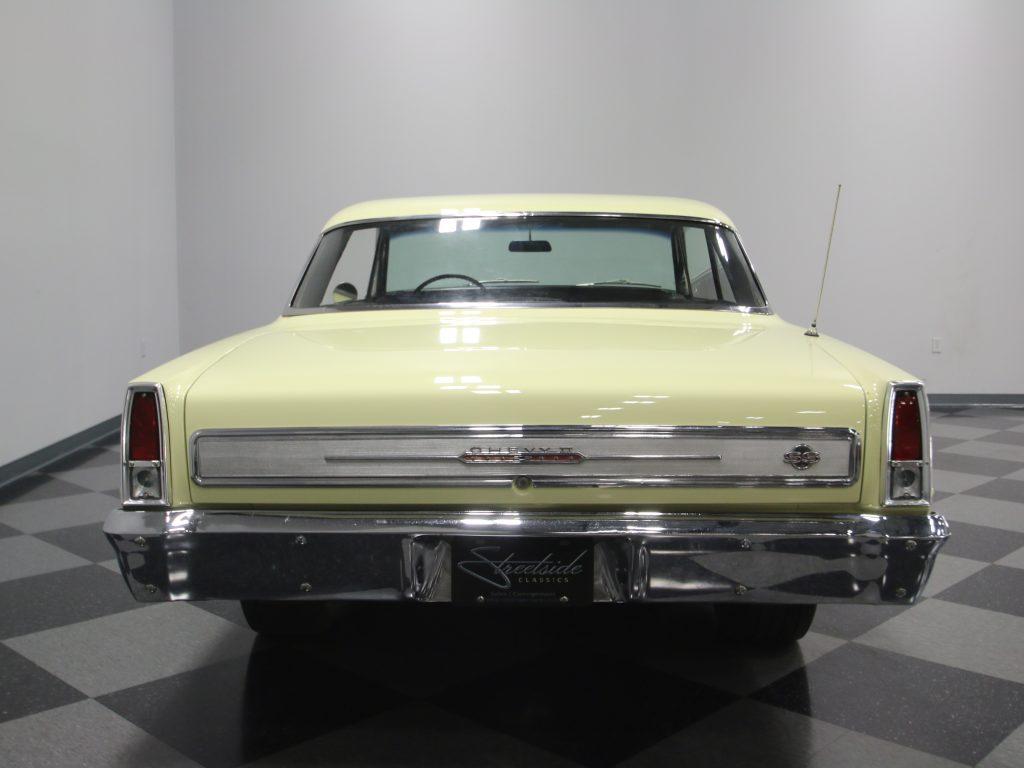 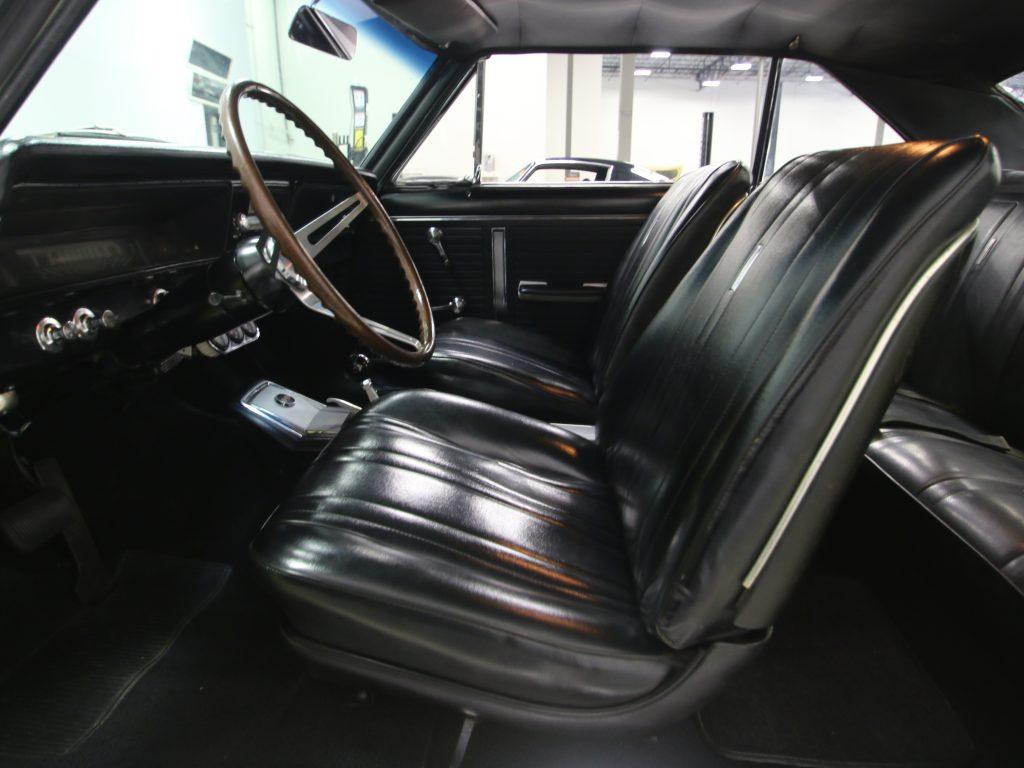 Having a fast classic often means giving up some vintage appearance to make way for serious power. This 1966 Chevrolet Chevy II Nova doesn’t have that problem because it looks perfect for cruising, but when the time is right, this coupe has also got the power to prove it’s the king of the streets .

Chevrolet made these sleepers from the factory and that attitude has served it well right into modern times. The exceptional fit and finish help emphasize the Nova’s clean, straight lines, and the factory-correct shade of Lemonwood Yellow benefits from a professional respray. And as you look through the pictures, be sure to read the full list of new and reconditioned components that makes this one shine right down to the detailed headlight trim. Keeping a low profile was vital to the Nova’s street cred, so the classic and understated color lets the hardware underneath do all the talking. Of course, Chevrolet left hints at performance on every side of this real-deal Super Sport, with special SS badging on the chrome grille and bright rear panel, as well as the elegant “Super Sport” script on each rear fender. And those Centerline Terminator alloys also add a nice little clue to all the upgraded power within (more on that in a moment.)

Bucket seats with a chrome center console in between them is another hallmark of the SS package. The full black vinyl interior looks great against the yellow exterior, especially with the level of presentation on the materials. Everything looks factory-correct, from the chrome accents on the black door panels, to the heat/defrost controls, to even the push-button AM radio that’s still there for display. The woodgrain three-spoke steering wheel gives this all a nice upscale touch, and beyond that are the wide, clear gauges you love on a 60s American classic like this. But as you look closely, the auxiliary gauge trio and B&M ratchet shifter clue you in on this Nova’s performance upgrades even before you turn the key and hear it roar.

When you open the hood, all the great investments in shine make the V8 look like its radiating power from within the dark engine bay. And backing up this powerful appearance is a performance-built and balanced 350 cubic-inch small block. This V8 has been fortified with plenty of go-fast goodies, including a Demon 750 double-pump four-barrel carburetor, Edelbrock RPM intake, 356.150 dome pistons, Comp Cams Extreme Energy camshaft, 4130 pushrods, ARP bolts, Street Fire ignition, four core aluminum radiator, and Hedman ceramic coated headers. There’s plenty more upgrades, but we just don’t have the space to list them all call for all the details. Just know that this monster V8 makes its powerful presence known through the thunderous roar of the 3-inch dual exhaust. And just in case that was not intimidating enough, this coupe has no trouble getting its muscle to the streets thanks to a TH350 three-speed automatic transmission supported by strong parts and a stall converter. Then the power is sent to a stout Auburn rear end running a 3.08 gear and Positraction. Stopping is even not a problem thanks to upgraded front disc brakes with modern performance tires.

This sale comes with a ton of build receipts so you can understand just how much of a wolf in sheep’s clothing you have here. This Nova has great vintage looks on the outside and a snarling beast under the hood. It’s the best of all the classic car worlds in one coupe. 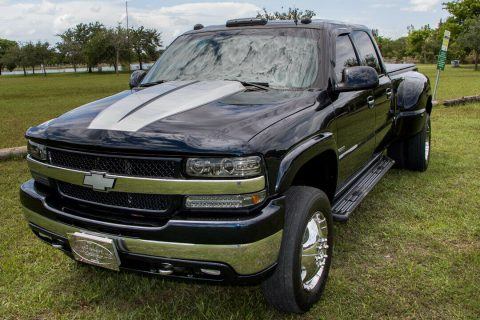 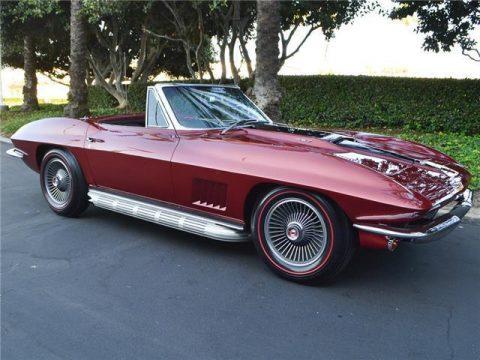 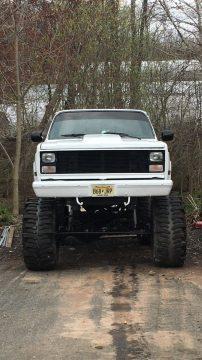 This website is not in any way connected to any of the brands or websites it links to. This site uses cookies to deliver its services, to personalize ads and to analyze traffic. By using this site, you agree to its use of cookies. Learn more